NEWS ALERT Sunday Service will be at the Symphony Church Office (971 Commonwealth Ave, 3rd Floor) on Sunday, 1/29 @ 11AM! 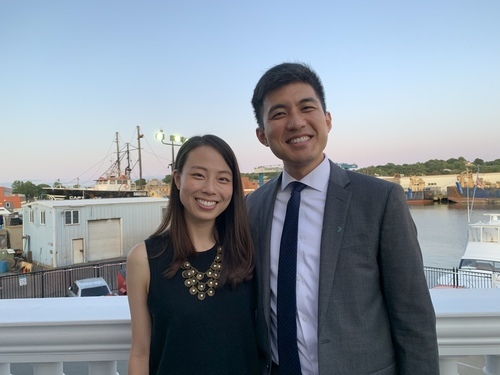 Chan is the Young Adult pastor at Symphony Church. Growing up, he spent some time in New Jersey then in Seoul, South Korea before going to college at the University of Pennsylvania in Philadelphia where he attended and served at Grace Covenant Church (GCC). After graduating, he worked in broadcast journalism for three years in Philadelphia and it was during that time, he received a call to ministry. In 2015, he moved to Boston to attend Gordon-Conwell Theological Seminary where he received his M. Div in 2018. During his time in Boston, Chan’s heart for college students has continued to grow and he longs to see revival on the campuses. He has been happily married to his wife Rebecca since May of 2019 and outside of ministry, Chan loves music, movies and watching and playing basketball.