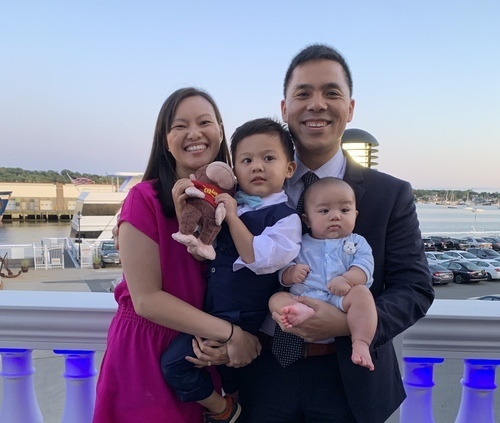 Shan was born and raised in Pennsylvania and attended the University of Pennsylvania, graduating in 2004 with a B.A. in Psychology. During his college years, he came to Christ at Grace Covenant Church (GCC). In the 10 years that he attended and served at GCC as a lay leader and later a college pastor, Shan developed a passion and calling to full-time ministry. In 2012, Shan moved to Boston to serve as a pastor at Symphony Church and to finish his seminary education, getting his M.Div from Gordon-Conwell Theological Seminary in 2015. Now as Symphony’s Fenway site pastor, Shan is excited to see God transform lives through Symphony’s ministry to the neighborhoods and campuses of Fenway, Mission Hill, Longwood, and South End neighborhoods of Boston and beyond.

Shan is married to Jenny, and they have two young boys Tyler and Dylan. When he has free time, Shan enjoys following Philadelphia sports, eating food, and being a couch potato.